We understand that there are many questions that arise when a death occurs.  Please call us directly at (585) 544-2041 if you require immediate assistance.

Pets touch so many people during their short lives with us.  Allow those around you the opportunity to come together, pay their respects, and support each other.

We encourage you to use our beautifully designed interactive online tributes to pay your respects.  Leave a condolence, share a memory, post a photo, light a candle, and more!

In case you missed them, please take a moment to view the messages to our community.

We have developed Frequently Asked Questions to provide you with more information about pet cremation. It is very important to know and understand the following:

Should I bury or cremate my pet? 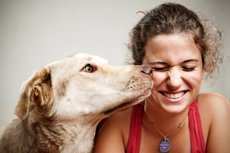 That is a very personal decison and only one you can make. However, the majority of pets in our society are cremated and there are several reasons for this. First, in many urban communities, laws and ordinances make it illegal for owners to bury their pets in the back yard. Second, if you did choose burial, that would more than likely require you to bury your pet in a designated pet cemetery. This option tends to be expensive. Third, cremation is an affordable and simple option that often did not exist in the past. Finally, with our society becoming so much more mobile, choosing cremation gives you the ability to take your pet's cremated remains with you if you move to another home.

Can my veterinarian help me with cremation for my pet?

Yes. People typically choose their veterinarians for their heroic life-prolonging or sustaining capabilities. Though many veterinarians have some knowledge of the cremation process, this is not their specialty. By using Pets at Peace by Harris Funeral Home to handle your pets cremation, you can rest assured that you are getting a professional who has been highly trained and has extensive experience when it comes to cremation. Though your veterinarian has been a trusted advisor to you when it comes to your pet's health, it only makes sense to seek out a death care professional when it comes to a pet's death care needs.

Are all pet crematories alike?

No. Most states do not regulate pet crematories. Thus, the quality of their facilities, services and staff can vary widely. What most pet owners don't realize is that the majority of pet cremation providers are not even located in their community.

Since there is very little regulation in the pet cremation industry, what should I be doing to make sure that my pet is being treated with respect and dignity?

The best thing you can do is to utilize a Pet Passages licensed affiliate if at all possible. Pets at Peace by Harris Funeral Home is a Licensed Pet Passages Affiliate. If not possible, then we advise that you ask your Veterinarian, or the Cremation Provider directly  the following very important questions:

Do I have options for my pet's cremation?

Unlike human cremation, there is very little or no regulation when it comes to pet cremations. Terminology may be the same but are for different types of cremation services. Basically, there are 3 types of pet cremations.

Because of the lack of regulation, it is important for you to ask your pet cremation provider what they mean when they use the terms like "private cremation" or "individual cremation".

How do I know I am going to get back my pet's cremated remains?

Most pet cremation providers do nothing to answer this often-asked question and in many cases your veterinarian can not answer this question with confidence either.  However, Pets at Peace uses a trade marked Secure Passages pet identification, tracking and chain of custody procedure coupled with our state of the art Pet Passages tracking software.

Our Secure Passages is most accurate and effective tracking procedure available anywhere and by using this system, Pets at Peace can provide you with absolute proof that you are receiving back your pet's cremated remains. Furthermore, if you desire, we can facilitate arrangements for you to be present at your pet's cremation for the ultimate peace of mind.

Do I have to purchase a casket for my pet's cremation?

No. Often family members will wrap their pet in a favorite blanket or some other personal article of meaning to the pet or family members.

How long after my pet's death will it take to receive back the urn?

By using Pets at Peace, you receive a much quicker response when your pet dies either at your home or Vet's Clinic. We are trained to respond immediately and will transfer your pet into our care right away. This means you can have your pet's cremated remains available for return usually within 72 hours of us receiving your pet.  (Excluding Sunday's & Holiday's.)

This is not the same timeline for other pet cremation providers in our area. Usually, your Veterinarian will have to hold your pet in a freezer at their facilities for upwards of a week until the the cremation provider they use makes its next scheduled visit to their hospital. Then, it may be another week before the urn is ready for you to pick up.

What if my pet dies at home or when my veterinarian is closed?

Pets at Peace generally has professional staff "on call" 24 hours a day. We realize that death comes at all hours on any given day. Thus, they are ready to respond immediately to take your pet into their care whenever you may need their services,

Do most pet owners choose a "private" or "communal" cremation?

Just as cremation has gained in popularity over the last 2 decades, the preference has changed here as well. Fifteen years ago, only about 1 in 4 pet families chose "private cremation" - as most chose not to receive back their pet's cremated remains. Today, that ratio has flipped, as research indicates that today more than 70% of all pet families choosing cremation want their pet's cremated remains back.

How much does cremation cost?

Pricing varies depending on your preferred type of cremation and the size of your pet. Please call Pets at Peace at 585-544-2041 or visit the " Our Services" page of this website.

Is an urn required and where do I get one?

Many pet cremation providers return your pet's cremated remains in a temporary container, often a tin can or cardboard box. However, Pets at Peace understands the dignity and respect your pet's cremated remains deserve. Accordingly, we provide a very simple, yet dignified wooden urn in all of our cremation offerings. Although, many families still choose to upgrade to an urn that speaks of their pet's life. Please visit our on-line "Product Gallery" on this website for a large assortment of memorial urns, jewelry, garden stones and other merchandise.

This is a process where apet is placed in a cremation chamber by crematory staff, and using a suitable fuel that will create intense heat and flame (1400 – 1800 degrees Fahrenheit) the body of the pet is reduced to basic compounds (calcium compounds). During the cremation process, it may be necessary to open the cremation chamber and reposition the remains of the animal in order to facilitate a complete and thorough cremation. Upon completion of the cremation, all substances are consumed or driven off, except bone fragments (calcium compounds) and metal other non-combustible materials, as the temperature is not sufficient to consume them. Due to the nature of the cremation process, any possessions or materials, such as collars or tags that are left with the animal and not removed prior to cremation may be destroyed or if not destroyed, will be disposed of by the Crematory in a non-recoverable manner.

After the cremated remains are removed from the cremation chamber, the skeletal remains often will contain recognizable bone fragments. Unless otherwise specified, after the bone fragments have been separated from the other non-combustible material, they will be mechanically processed, pulverized. The process of crushing or grinding may cause incidental commingling of the remains with the residue from the processing of previously cremated remains. These granulated particles of unidentifiable dimensions, which are virtually unrecognizable as animal remains, will then be placed into a designated container based on the type of cremation identified above (Private, Semi-Private or Communal).