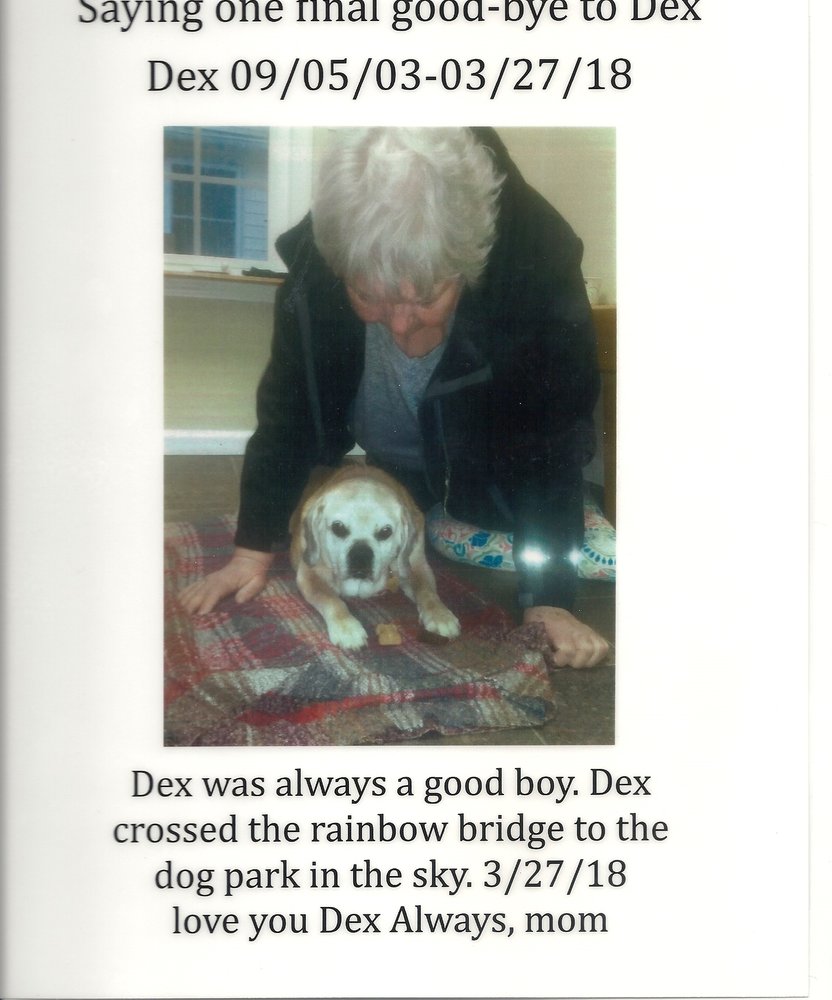 Dex came into my life and my family's one month after my mother died in 2004. Dex was a loving addition to the family and soon had a special place with us. Everyone that came in contact with Dex was charmed by his character and sweet spirit he was also loving and charitable to other animals. in early fall I found out that he had a tumor and bladder cancer in March I found out he only had a month left to live. The end of March he became increasingly ill and cound not eat or use other body functions. It was time for him to leave and on March 27 my daughter-in Law and I took him to his last Vet visit. He laid on the floor and was quiet while getting his IV and injections. Dex had gone to his final sleep. We love you Dex you touched so many people.