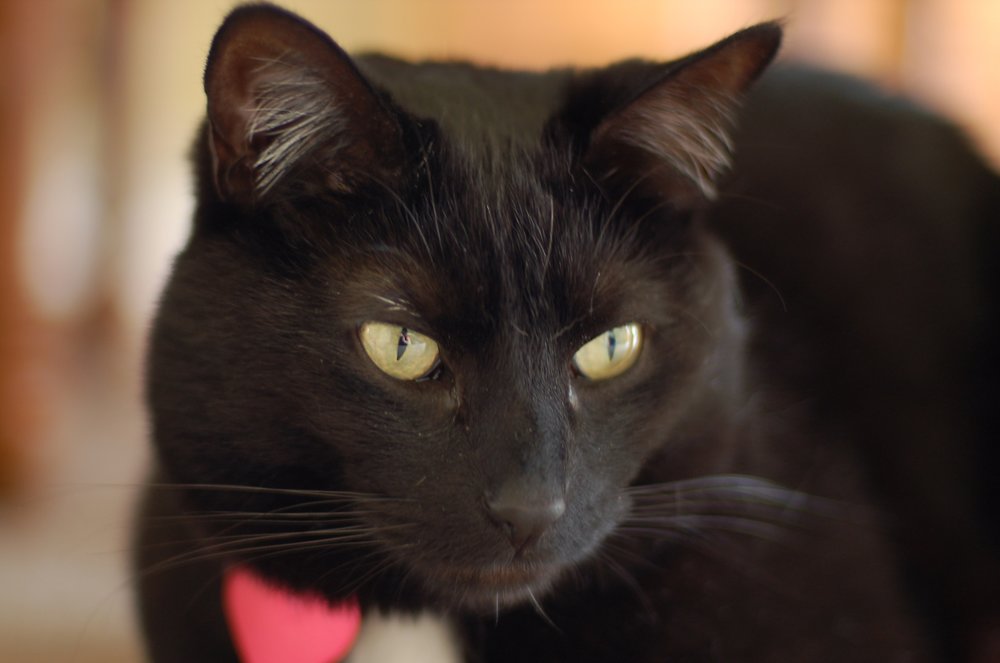 Please share a memory of Oliver to include in a keepsake book for family and friends.
View Tribute Book

To say that we are heartbroken doesn’t even seem to come close to what we are feeling. Our beloved Oliver passed away tonight. He has been sick these past weeks and it was too much for him. He was my first baby and always will be so.

I adopted Oliver 17 years ago during my first semester of law school. It was my first time living completely alone and to say that adjusting to that and the hell that is your first 1L year was a challenge. Oliver came along at just 6 months old and even though there were times I swore he was possessed by the devil, his love and devotion to me was without question. We survived law school together, he gave his approval to only one man I dated, Matt, and he welcomed Matt as if he had been there from the very beginning. He was even instrumental in Matt’s proposal, carrying the ring in to me, even if it didn’t quite go according to plan.

He and Smokey were the best of friends and Oliver missed him dearly after he passed away. Oliver wasn’t sure about the addition of Emma & Ellie – I think he was still hoping they were just visiting and would soon leave. He was a great big brother to them and their affection for him was so evident these final weeks. And what can I say about the blossoming relationship between Oliver and Bennett. It pains me that we will never see them fully develop into the best friends that they were on the path towards. Those early months were full of curious obversions on both sides and where the girls are scared by Bennett’s sudden, unpredictable movements and enthusiastic love, Oliver sat patiently, accepting the hugs and kisses and only ran away a few times when things got a bit rough.

Oliver was smarter than many people I know. His personality was huge and he was always up for an adventure. He managed to lock himself into a bathroom, learned to turn door handles, found the middle of a Christmas tree to be the best place for a nap and escaped out of an open window left open for cleaning and was discovered peering into the skylights. There is much debate if he actually liked playing Baby Jesus or just tolerated his crazy mom but it was a staple. He was so in tune with me and my feelings and was by my side if I was sick or upset. He even defended me against Matt after I had cried out in pain as Matt was giving me a shot biting Matt’s ankle! He came to me with the nickname of Boopie and through the years added Boo, Boo Boo Bear, and Matt’s favorite Lord Boopington.

His greatest joy was being outside. He loved hiding among the flowers in the garden and would walk on a leash thinking he was a dog instead of a cat and even made friends with neighborhood dogs out for a walk. But none of that comes close to his love affair with our old neighbor, Jan. The two of them would sit for hours on the front porch together and she became affectionately known as his Grandma Jan. I take comfort knowing that she will care for him until we can see him again.

To plant a beautiful memorial tree in memory of Oliver Hudson, please visit our Tree Store

A Memorial Tree was planted for Oliver
We are deeply sorry for your loss ~ the staff at Paul W. Harris Funeral Home
Join in honoring their life - plant a memorial tree
Online Memory & Photo Sharing Event
Online Event
About this Event

Look inside to read what others have shared
Family and friends are coming together online to create a special keepsake. Every memory left on the online obituary will be automatically included in this book.
View Tribute Book
Share Your Memory of
Oliver
Upload Your Memory View All Memories
Be the first to upload a memory!
Share A Memory
Plant a Tree