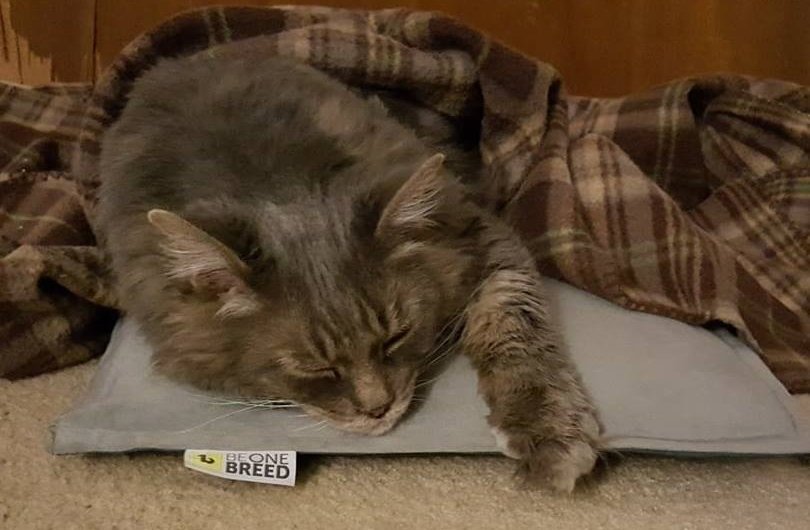 My little man became sick in February. He had a mass between his chest wall and his heart. He had the fluid drained then and we were told one month prognosis tops. He was doing great until yesterday. He was trembling from pain and in respiratory distress again. I could not let him suffer any longer, so I made the heart wretching decision to put him down. He was barely six. He was with me since July 4, 2012 and was born May 8, 2012. He was loved every day of his life and he is missed dearly. He was my best friend and one of the lights of my life. He is survived by his sister Destiny and predeceased by his sister Indy who passed December 24, 2016. His extremely loud purrs, love bites, terrorizing his sister, waking me at least twice a night, loud meowing at the screen door as I walked up the sidewalk and his dropping for a belly rub outside the front door will be missed dearly. I miss you already little man. I hope you are with Indy and know how very loved you were right up to your last breath!