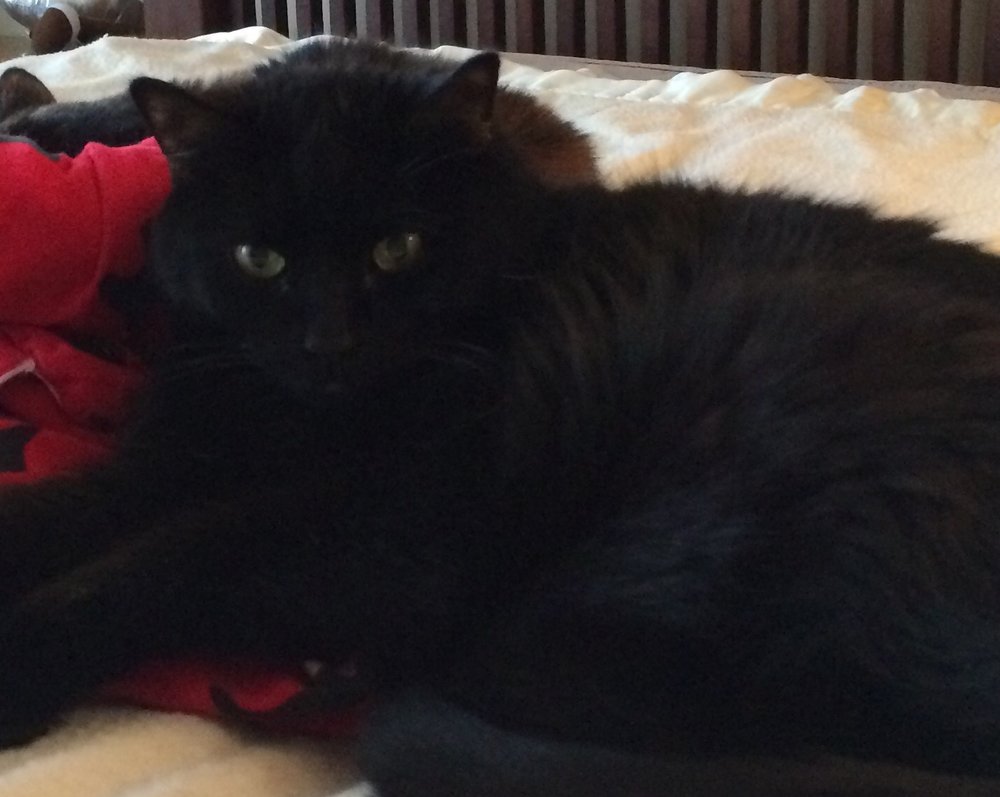 Please share a memory of Wimpy to include in a keepsake book for family and friends.
View Tribute Book

Wimpy Meow Gagnier: Age 18, passed away after nine lives on January 31, 2019. He is survived by his human companion, Heather Drabek and her husband Scott, along with his feline step-sister K. Bear Drabek. Predeceased by his feline sister Pumpkin and human grandmother Irene Pattison. Wimpy was born in Crescent Springs, KY on December 18, 2000 in a litter of four kittens. Heather Drabek neé Gagnier immediately fell in love with him and he and his sister Pumpkin were adopted in January 2001. In his younger years, Wimpy was mischievous, enjoying jumping from the closet door to the bed, biting feet under the covers and making sure everyone in the household was in bed at 10:00 pm sharp. In his later years, he loved sleeping on the bed and snuggling, and in his last few months, he enjoyed his dog bed. He took advantage of every one of his nine lives, surviving vaccine related fibrosarcoma, a cyst near his heart and saddle thrombus. Wimpy loved Heather with passion and ferocity. Their bond was genuine, true and unconditional. In his youth, Wimpy reluctantly shared Heather with others, pulling his ears back and growling when their time was up. However, as he aged, Wimpy was often intolerant of anyone vying for Heather’s attention. He held on tightly to each of his nine lives so that he could spend as much time as he could with Heather, the love of his life Wimpy Meow, you will be greatly missed. Donations in memory of Wimpy can be made to Pet Pride of NY: https://www.petprideny.org/donations/

To plant a beautiful memorial tree in memory of Wimpy Gagnier, please visit our Tree Store

A Memorial Tree was planted for Wimpy
We are deeply sorry for your loss ~ the staff at Paul W. Harris Funeral Home
Join in honoring their life - plant a memorial tree
Online Memory & Photo Sharing Event
Online Event
About this Event

Look inside to read what others have shared
Family and friends are coming together online to create a special keepsake. Every memory left on the online obituary will be automatically included in this book.
View Tribute Book
Share Your Memory of
Wimpy
Upload Your Memory View All Memories
Be the first to upload a memory!
Share A Memory
Plant a Tree